The 8 Limbs of Patanjali

The Yoga Sutra is the pithy thread of wisdom that unites and integrates the mind, body and soul into one whole beautiful tapestry of peace, love and joy. It is the yarn used to weave a work of art and spin a tall tale from the threads of a lifetime. Every stitch tells a story and everything is now.

The Yoga Sutra of Patanjali teaches the 8-limbed path of yoga, presented in four main chapters or feet: Samadhi Pada, Sadhana Pada, Vibhuti Pada and Kaivalya Pada. The first chapter is The Promise of Yoga and speaks on the process of transformation. The second chapter explains The Practice of Yoga. Chapter three is the portion on siddhis or the byproduct skills one gains from one’s commitment to practice. Chapter four is the portion on Absoluteness, a.k.a. The Teacher’s Manual. Like so much of Patanjali’s wisdom, the brilliance of The Yoga Sutra lies in the balanced simplicity of ideas and the universality of their application.

Now, the teaching of yoga begins by immediately explaining how yoga influences the mind. In small strings of words, sutra 1.2 states: Yogah citta vrtti nirodhah. This translates to: The restraint of the modifications of the mind-stuff is Yoga. In this sutra, Patanjali gives the goal of yoga. This one sutra encapsulates infinite wisdom. The rest of the sutras only further explain this one. Yoga influences the mind by stilling the incessant chatter of the monkey mind. Yoga sutra 1.12, Abhyasa vairagyabhyam tannirodhah, teaches that these mental modifications are restrained by practice and non-attachment. This sutra introduces two essential elements of yogic philosophy: abhyasa (persistent effort) and vairagya (non-attachment to the result of your persistent effort). When practiced as one, they serve as a spiritual roadmap for navigating life with greater equanimity.

The limbs of yoga are introduced in chapter two. Yama (abstinence), Niyama (observance), Asana (pose practice), Pranayama (breath regulation), Pratyahara (sense withdrawal), Dharana (concentration), Dhyana (meditation) and Samadhi (contemplation, absorption, superconscious state, stillness) are the eight limbs of yoga. Thus, based on this sequencing, one wouldn’t be wrong to assume that Samadhi is the ultimate goal of yoga. This eight-step approach moves the student’s awareness from the grossest external densities into the more subtle internal energies of being; from the outside to the inside. By way of introduction, Patanjali’s sutra 2.28 states that by the practice of the limbs of yoga, the impurities dwindle away and there dawns the light of wisdom, leading to discriminative discernment.

Yama, the first limb, and Niyama, the second limb, are the foundation of virtues in which the yogi establishes herself. Yama consists of nonviolence, truthfulness, non-stealing, continence and non-greed. Yama is about having transparent, compassionate, authentic relationships with others. The five points of yama are Ahimsa (non-harming), Satya (honesty), Asteya (non-stealing), Brahmacharya (seeking the most sacred in every relationship) and Aparigraha (not accepting inappropriate gifts). Niyama consists of purity, contentment, accepting but not causing pain, the study of spiritual books and self-surrender. Niyama is about having a loving relationship with yourself. The five points of niyama is Sauca (cleanliness), Samtosa (gratitude), Tapah (practice; the effort required to move from a bad habit to a good one), Svadhyaya (self study in the light of a worthy teacher or tradition), Isvara Pranidhana (acting in accord with your highest calling).

Asana is what we do. The poses and postures we shapeshift into throughout our day. The daily physical practice that feeds the body. We do our practice and trust that all is coming. We achieve a strong foundation in our practice by practicing over a long time, without interruption, believing in our practice and looking forward to it, with an attitude of service. I’ve cultivated the ability to be steadfast and determined without focusing on the fruits of my labors. Through asana I know the outcome is not the point. It is the quality of mind that accompanies the work that is of value. Yoga postures strengthen and heal the physical body. Asana deepens our ability to nurture a calm, curious, observant intelligence. The spirit of inquiry is the embodiment of yoga. 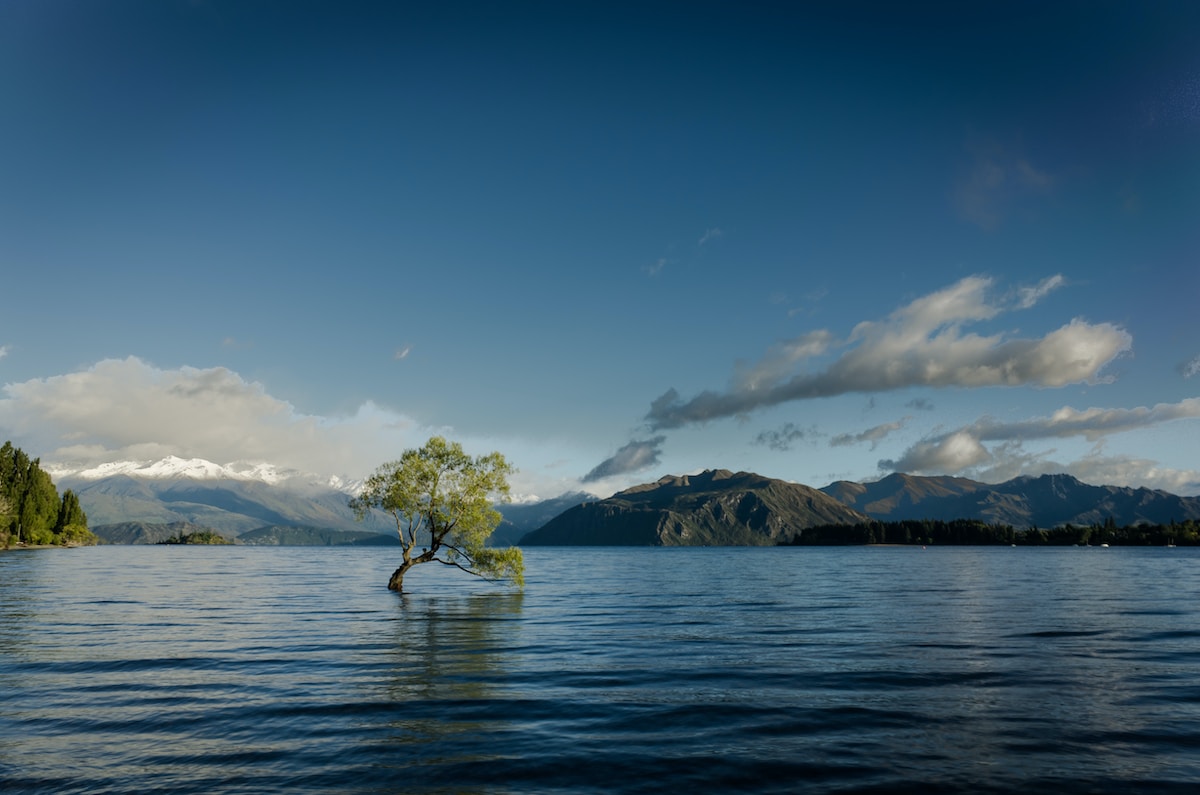 Asana is only the tip of the iceberg. The poses are vehicles to a deeper innerstanding of your essence. I love how vinyasa links the breath with physical movement and physicalness, creating a graceful dance of drishti, ujjayi, foundation, tapas and flow. By bringing order to your physical practice, yoga can have a profound effect on the mind.

Pranayama, or breath regulation, is one of the main tools yoga employes toward the end of achieving a calm joyful mind. Because breath regulation gives us access to our nervous system and emotional centers, the interplay between the mind and the breath are critical for permitting relaxation, well-being, emotional attunement and whole-body health.

Yoga increases the flow of prana or life force in your body and being through conscious breath and energy direction. Through regulation and conscious utilization, your breath nourishes every cell in your body with life fuel, relaxes your mind and calms your nervous system. This begins to relax the peripheral nervous system and our parasympathetic fight, flight or freeze response. It is then that our central nervous system begins to heal and integrate. During my practice, I use my breath to build heat and focus with my Ujjayi Pranayama or Victorious Breath. Combined with Surya Namaskar (Sun Salutation) A and B, Ujjayi heats my body and focuses my mind at the beginning of practice.

The fifth of the eight limbs of yoga is Pratyahara. Sense control or withdrawal of the senses from their objects, i.e. sense of smell:fragrances, lessens the minds natural tendency toward restlessness. The five senses are compared to 5 wild horses drawing the chariot of your human body. If allowed to go untamed, the chariot might be doomed for destruction. In essence, the mind is distractible and the senses and highly distracting to the mind. The more one can replace reaction with response, the more equanimity displayed by the mind.

The sixth of the eight limbs of yoga is Dharana. Dharana is concentration. It means holding or binding the mind to one place or object. This is the willful practice that trains the yogi to eventually meditate. Basically, in the beginning, when an aspirant first becomes aware of the chaotic state of the monkey mind, the best one can do is sit down and just watch the thoughts that come and go, incessantly, as one would watch clouds drifting by in the clear blue sky. During this portion of the journey, the subject, or meditator, and the object, or thing meditated upon, still appear as separate to the conscious mind. This is the training of the mind to focus at will.

Dhyana, meditation, is the seventh of the eight limbs of yoga. In meditation there is a single flow of thoughts related to the object of meditation, to the point where the object and the subject become one integrated whole. Meditation is the turning of the mind’s reflective mirror inward from the outside world. In this manner one is freed from the illusion of thinking that we are a separate body on earth. The mind mistakes what is reflected upon it as itself. When the mind is pointed outward, egoistic goals of duality wreak chaos in the mind. Meditation allows the mind to turn inward and reflect the light. In this way, the mind begins to correctly know its true self as light and nothing else.

Samadhi, the culmination of the eight limbs of yoga, is contemplation. Samadhi is a superconscious state of absorption where the illusion of separation completely disappears. Unlike the others, this is not a practice. This state of oneness and liberation is achieved through meditation. Once the ultimate achievement is attained, one lives as a liberated being on earth. Samadhi can also be translated as enlightenment. It is the realization, achieved by a calm mind, that what we are is indeed more than just a physical body. What we are is the light. There are many different types of samadhi described by Patanjali in The Yoga Sutra. Yet all of them are an experience of true realization, a direct knowing of Truth. In Samadhi the yogi realizes Purusha, the essential self that is unchanging, that isn’t born and doesn’t die but is cosmic and universal.

May the light always be with you. Follow the yoga yarn out of the labyrinth of confusion from duality. Namaste.

We just sent you an email. Please click the link in the email to confirm your subscription!

ZiaYoga | Practice + Light Up The Dark